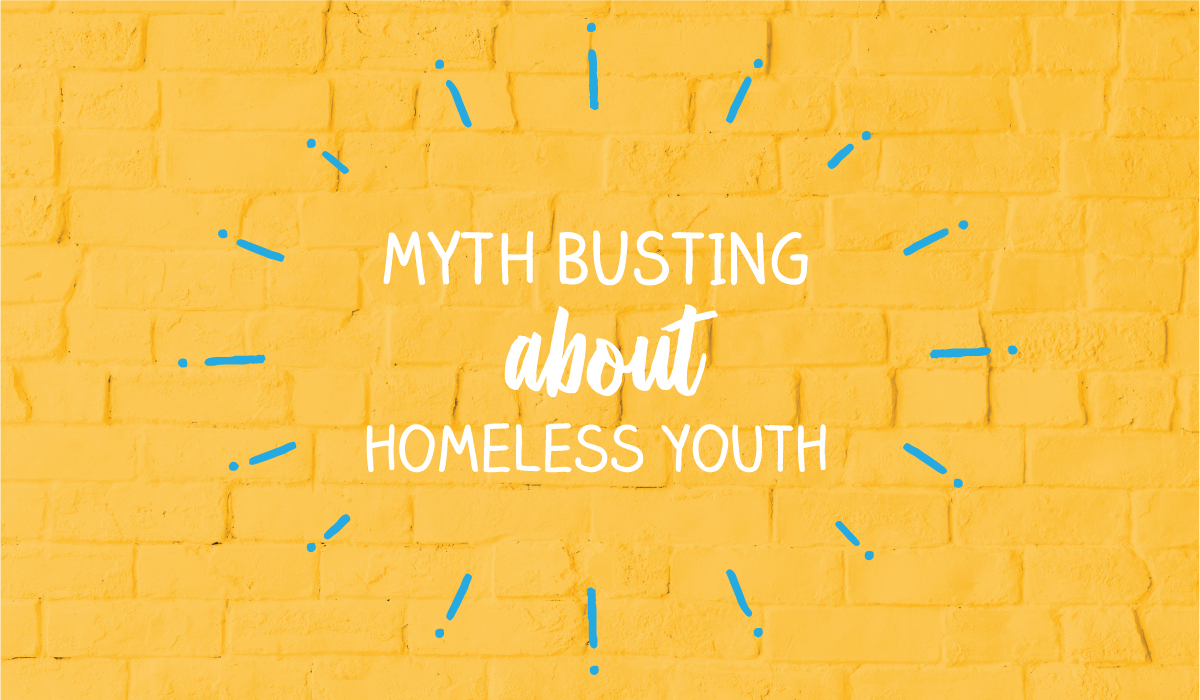 Picture in your mind for a moment what happened the last time you encountered a young homeless person in Australia. We’ll wait.

If you can’t recall an encounter, try to imagine one instead.

Let the scene play out; where are you? What’s going on around you? What are they doing? What are you doing in response to their presence? What thoughts are going through your mind?

The purpose of this exercise is not to pass judgement on anyone. Not at all. It’s to see whether the picture you have in your mind of a young homeless person is based on myth or reality.

Firstly, were you able to picture a young homeless person? By definition a young person is aged between 12 and 24 years. If you struggled, your mind is most likely operating under…

Myth No. 1 – There aren’t that many homeless kids in Australia

The reality is there are at least 28,000 young people in Australia without a home on any given night. And according to the Australian Bureau of Statistics, this figure is likely to have been well underestimated in the Census, due to a usual address being reported for some homeless youth.

The lesson? Youth homelessness is a huge challenge in Australia. Sadly, it’s one that doesn’t garner the attention it should because it’s largely hidden from public view. The majority of young people without a home aren’t on the streets – they’re in severely overcrowded accommodation that falls well below basic community standards.

Now, if you were able to recall an encounter a young person (or you did manage to conjure one in your imagination), did a sense of danger arise at all? Were you concerned about your purse, wallet or wellbeing? Introducing…

Myth No. 2 – Homeless youths are probably dangerous criminals – we should steer clear

This is another common misperception, driven by multiple factors: fictional portrayals of homeless people on film and television, sensationalist media coverage, and laws that can unfairly target homeless people, such as begging.

The reality is that being homeless means being incredibly vulnerable. Stay safe, but remember, homelessness is not a criminal condition. And for young people, it’s most likely the symptom of poverty and domestic violence more than anything else – which leads us to our next myth.

Myth No. 3 – Homeless kids choose to be homeless – they’re runaways who should just go home

This, most persistent of all myths, assumes two things: 1) that there is a home to go, and 2) that in that home, there is a safe environment waiting for these kids. It would be wonderful if this were the case. For the vast majority, however, it is not.

In our experience, and according to the numbers, homeless youth are homeless not because they’re bratty or rebellious runaways, but because there is a housing crisis in Australia, and because domestic and family violence makes living at home unsafe.

Should we try that exercise again? Close your eyes and imagine a young homeless person in Australia. What do you see now?

If you or your organisation would like to help give young Australians the support they need, make a donation today or take a look at the options for offering Corporate Support.